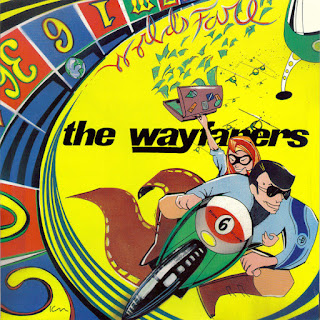 Brilliant. I have seen a few lists where they are listed in top 10's. Makes sense. For my ears, they are similar to The Lighthouse Keepers (Aussie Band). Very pop. Very French. They cover The Buzzcocks 'Harmony in my Head' and Love 'Maybe The People Would Be The Times or Between Clark & Hilldale'.

You won't find this in too many places - they simply have sunk without a trace. Naff cover. Despite all that - it's a great album. Released in 1986.